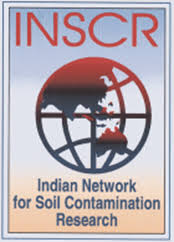 Established in early 1999, in the wake of organising an international conference, on the subject of environmental pollution, conference was organised at Hotel Radison in New Delhi, during December 1999. The network brought together several key researchers working on different aspects of contamination in soil environment spread across various academy, agricultural and industrial research institutions. The December 1999 conference was a huge success attracting as many as 200 renowned scientists from various countries, i.e., Australia, New Zealand, Japan, China, Sweden, UK, U.S.A and elsewhere. Indian Network for Soil Contamination Research-INSCR is a registered society under the societies registration act XXI of 1860 with the registration no. 34693 dated 22nd April, 1999. You can join us and be next supporter to save environment!